A traditional English Sporting, Agricultural and Residential Estate with Conservation and Wildlife Management at its Heart...

Hexton Manor Estate is situated just 40 miles from London, at the north eastern tip of the Chilterns Area of Outstanding Natural Beauty.

Hexton and its surroundings are steeped in history and the area has been settled and the land cultivated for over 5,000 years. The Icknield Way, which formed a link from Norfolk to Wiltshire, runs above Hexton in the chalk hills of the Northern Chilterns.

The pre-Roman fortified settlement of Ravensburgh Castle is on West side of the Hexton Estate above the village. The fort dates back to 350 BC and the early inhabitants of the low land around current day Hexton would retreat up to the stockade with their livestock when rival tribes threatened. The site is surrounded by steep slopes and the stockade had a perimeter measuring 1,190 metres. It now provides some of the most challenging pheasants in the Home Counties.

The earliest recording of the name of Hexton dates back to Saxon times, Heckstanstun meaning “Town of reeds and stone.” The area was controlled by a Dane, called Sexi, until 1030 when it was given to the Abbot and Convent of St Albans and is referenced in the Domesday book.

Following the Dissolution of the Monasteries in 1541 the estate has been owned by 17 different families. There was a large farm house on the current site of the manor in the early 17th century. Work commenced on the manor in 1767 under the ownership of Newdigate Poyntz Snr.

Under the stewardship of the de Lautour family, descendants of the Dukes of Bouillon, improvements were made to the Manor in the 19th century and the private water system installed, which supplied the village until recent times. You can still see the old water pumps alongside the road.

George Hodgson, a wealthy textile merchant, bought the estate in 1901 and restored and adapted the Manor to how it looks today. He also built many of the houses in the village and landscaped the gardens and grounds including the addition of fine bridges and follies.

The present owners acquired the estate in 2018 from the Ashley Cooper family. The Cooper family owned Hexton Manor for three generations from 1935 and managed the diverse rural estate with a superb high bird shoot, highly productive arable farmland, varied businesses and were responsible for many of the beautiful interiors of the manor. 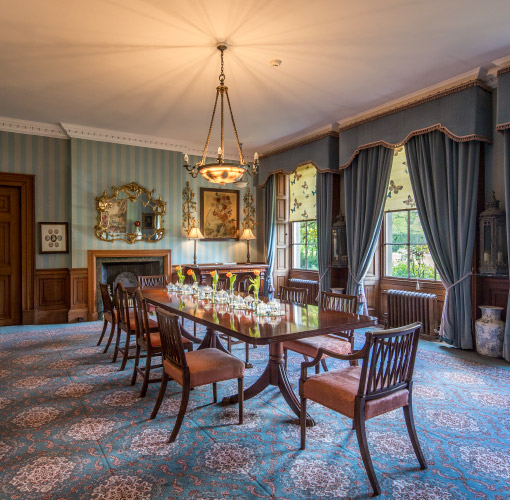 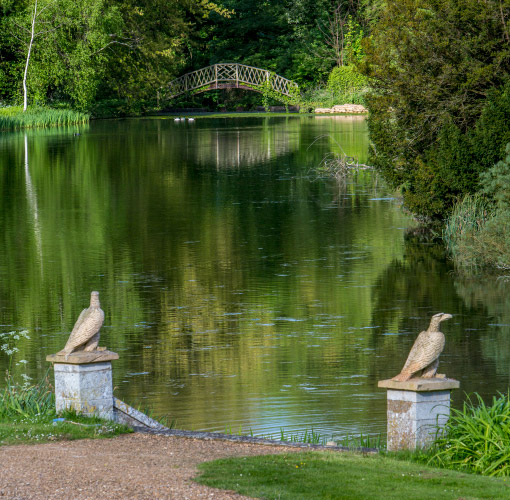 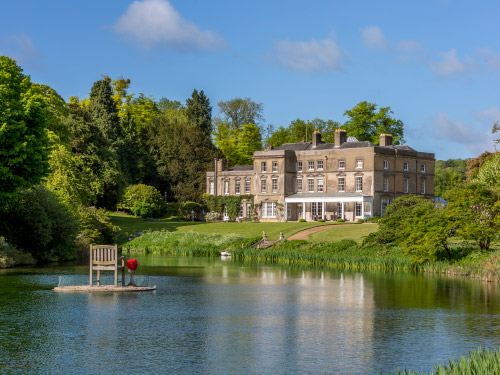 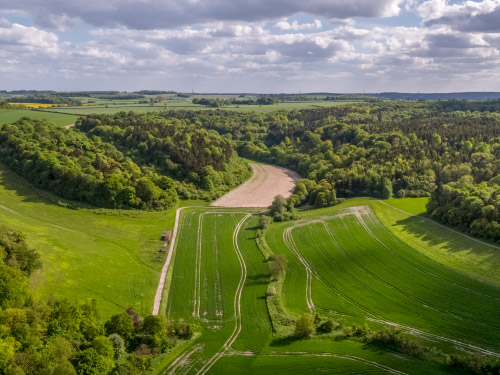 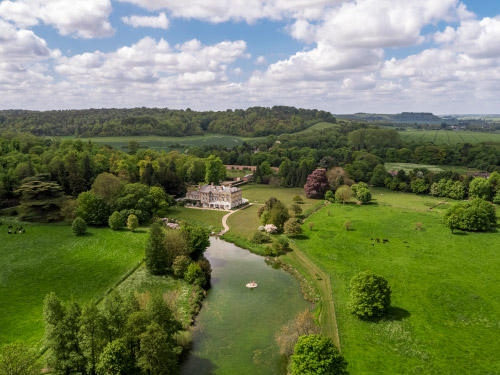 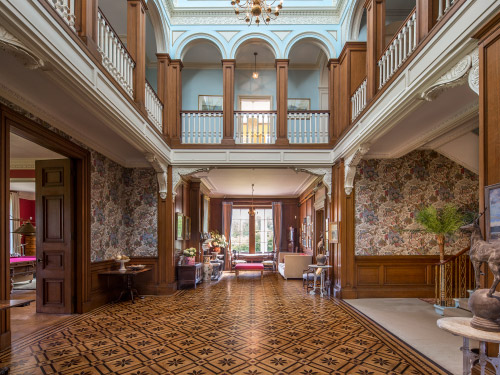 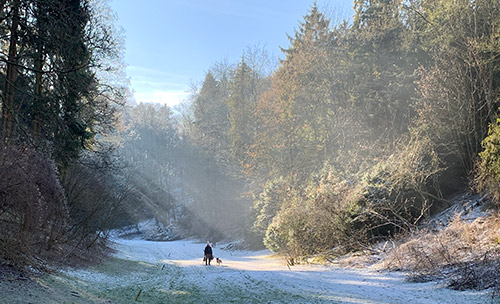 Much of the woodland at Hexton was planted in the early 20th Century, although some of it is older and includes areas of ancient woodland. There is a mixture of hardwoods and conifers, some nurse crops and much of it is edged with shrubs including box and laurel, before a hedgerow border.
The new woodland management plan at Hexton is central to our initiatives for the improvement and general health of the woodland, while also improving habitat for game and farmland birds.

At Hexton we have large areas of wildlife rich species of grassland, with cowslips and orchids being in abundance on the chalky banks. These areas have been carefully looked at and will be put into a stewardship schemes to further improve and secure their future.

In addition to this large areas of the Estate have now been taken out of arable farming and put into stewardships. These plots will be planted with a variety of nectar mixes for bees and pollinators, wild bird seed mixes for farmland birds and cultivated plots for ground nesting birds. The Estate gamekeepers will continue to feed small seed mixes over the winter months supplementing feed which these areas supply.

The Estate has recently had a farmland bird survey completed which included 20 red and amber listed species along with a decent number of wild grey partridge setting a good base to work with for the coming years. We are looking for a dramatic increase of numbers on all bird counts over the whole Estate.

Our breeding bird survey in 2019 established that Hexton Manor Estate is home to at least 61 bird species, of which 20 are red or amber listed.
It supports species such as Corn bunting, Marsh tit and Spotted flycatcher which are increasingly scarce across much of the country. Even common species such as thrushes, tits and some of the warblers and finches are particularly abundant in the estate’s woods and hedgerows.
With its slopes retaining wildflower-rich grassland, Hexton is also an important part of the local chain of chalk grassland hills, where orchids bloom in the summer and scarce butterflies such as the Dingy skipper feed and rest.

Oakbank is delighted to be working with Hexton Estate to increase biodiversity and help manage the natural capital. A carefully planned Countryside Stewardship Scheme will help create habitat and food for a host of farmland birds, mammals and insects whilst a creative woodland management plan will not only improve the quality, diversity and longevity of the woodland but it will also help to improve the quality of the shoot.

To book your day or to find out more information about Hexton Manor Estate and the services we can provide please do get in contact, we would love to hear from you.

If you are not indulging in Game and Local Produce, you are missing out!

Game Consumption and the Food Chain at Hexton Manor Estate…

At Hexton we are very particular about ensuring that all Game shot on the Estate is put directly into the food chain, whether through the local game dealer or the oven ready brace you receive after a shoot day.

Game meat is low in fat and exceptionally tasty. See our Eating Game and Local Produce page for more information and delicious recipes.